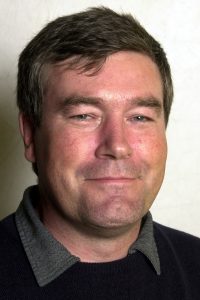 For this autumn’s production, we are pleased to present “House Guest”, a thriller by Francis Durbridge.

The play is set in the house of celebrated Hollywood actors, Robert and Stella Drury on the outskirts of London. Their luxury lifestyle is about to be thrown into disarray when Robert returns from Italy to inform Stella that their son Mike has been kidnapped.

There is no ransom demanded and the couple are even more puzzled when the kidnapper turns up and insists that all he wants is to be their house guest for the next forty-eight hours.

The scene is now set for the couple to work out why the kidnapper has made his strange demand but are soon overtaken by even more strange events and visits from people who are not all that they seem.

Francis Durbridge built his reputation on detective serials originally written for BBC radio and television. Although his career spanned 50 years, his most famous character was detective Paul Temple, who first appeared on radio in 1939. He also wrote a number of plays and in “House Guest” he adds mystery to the thriller genre, not so much a “who dunnit?” more of a “why dunnit?”

This a slight departure for the comedic stalwarts of the Players and quite some effort has gone into not squeezing the last drop of humour from the script and even more effort into explaining the plot. I’m not sure they have all quite got it yet.

Even with the constant explanations, this has been an enjoyable production and we hope that you the audience will be equally thrilled and mystified by the evening’s entertainment.